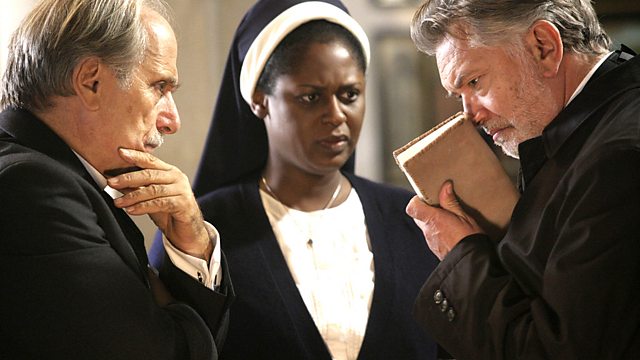 Six-part supernatural drama series. Jacob is forced to meet Vimal's murderer on his terms in order to exorcise him, which sees his own faith being threatened.

As the supernatural drama continues, Jacob's exorcism of Liam has been answered with the butchery of his friend, Vimal. With Vimal dead, Jacob realises that all his friends are in danger. As a police investigation is launched into the murder, Jacob battles to save an innocent man from being put away, leaving the demon free to kill again.

When Father Jacob is forced to meet Vimal's murderer on his terms in order to exorcise him, his own faith is threatened and he is taunted with a revelation about his best friend and mentor, Monsignor Vincenzo.

See all episodes from Apparitions