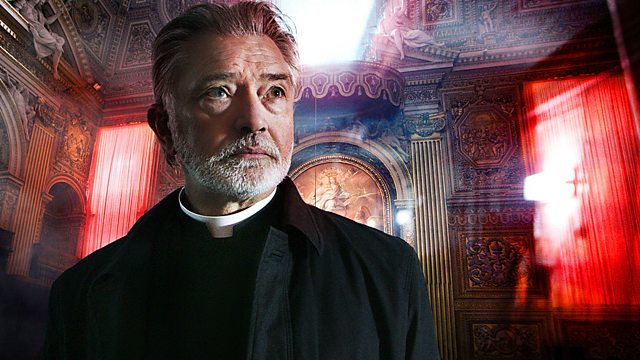 Supernatural drama. Father Jacob must overcome his scepticism and his colleagues' misgivings to ensure the safety of a young girl who believes her father is possessed by the devil.

Martin Shaw stars as Father Jacob, a priest working to promote candidates for sainthood, in this supernatural drama series. Father Jacob becomes drawn in to exorcism as he discovers a dark battle between good and evil, a battle that threatens the future of the human race.

In his search for miracles, Father Jacob occasionally sees the hand of Satan and performs an exorcism. In this episode, he is approached by a young girl, Donna, who believes her father is possessed by the devil. Although he is initially sceptical, Jacob is forced to take extraordinary steps to ensure her safety by staging a dramatic exorcism, despite the misgivings of his church colleagues.

While Donna takes up Jacob's attention, satanic forces are in play in Jacob's seminary. Trainee priest Vimal is taunted by Michael, a homeless man who knows his secret thoughts. Vimal was miraculously cured of leprosy after he prayed to Mother Teresa, and it's how he met Jacob. Now Michael tells him his new skin was Satan's miracle, not God's. Unless Vimal agrees to use Satan's gift, it'll be taken back. Michael warns Vimal if he tries to help Jacob in his exorcism of Donna's father, the demons will reveal his secret.

See all episodes from Apparitions