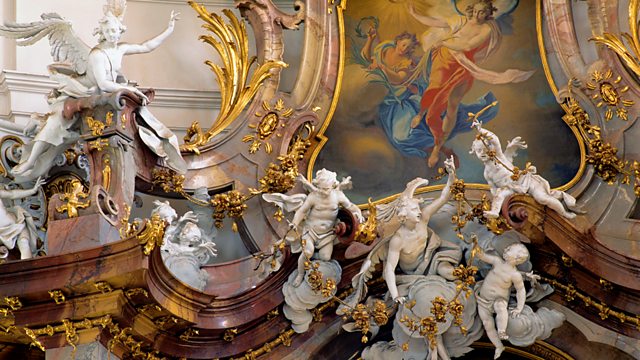 Melvyn Bragg and guests discuss the culture of the Baroque, from Bach and Caavaggio to the Colonnades of St Peter’s.

Melvyn Bragg and guests discuss the culture of the Baroque. What do the music of Bach, the Colonnades of St Peter’s, the paintings of Caravaggio and the rebuilding of Prague have in common? The answer is the Baroque – a term used to describe a vast array of painting, music, architecture and sculpture from the 17th and 18th centuries.Baroque derives from the word for a misshapen pearl and denotes an art of effusion, drama, grandeur and powerful emotion. Strongly religious it became the aesthetic of choice of absolute monarchs. But the more we examine the Baroque, the more subtle and mysterious it becomes. It is impossible to discuss 17th century Europe without it, yet it is increasingly hard to say what it is. It was coined as a term of abuse, denounced by thinkers of the rational Enlightenment and by Protestant cultures which read into Baroque the excess, decadence and corruption they saw in the Catholic Church. With Tim Blanning, Professor of Modern European History and Fellow of Sidney Sussex College, University of Cambridge; Nigel Aston, Reader in Early Modern History at the University of Leicester and Helen Hills, Professor of Art History at the University of York