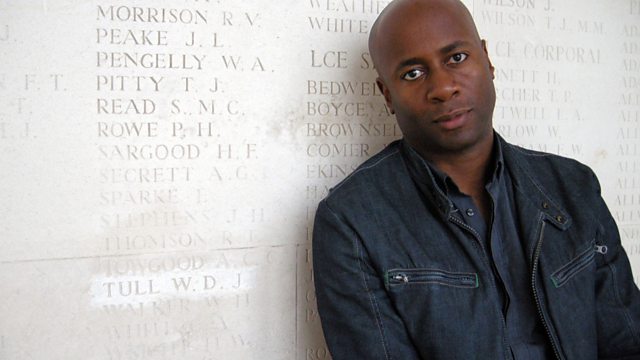 The story of Walter Tull, a pioneering black British footballer and the first black officer in the British army, who died heroically in WWI and yet is virtually unheard of today.

Walter Tull was a pioneering black British footballer and the first black officer in the British army, who died heroically fighting in the First World War and yet is virtually unheard of today.

Former Eastenders star Nick Bailey relates the story of this forgotten hero, investigating war records to establish whether there was a colour bar in the British Army and asking how Tull managed to become an officer despite army regulations requiring only men of 'pure European descent'. Bailey also tries to discover why Lieutenant Tull was denied a Military Cross for heroism even though his commanding officer recommended him for one.

Tull's parents died before he was seven years old and he was sent to an orphanage in London's East End, but despite that he won a place in the first team of one of Britain's most famous clubs, Tottenham Hotspur. However, after just seven games and great match reports, he received such racial abuse he never played for the first team again. Far from giving up, Tull rebuilt his football career and then signed up for military service at the first opportunity.