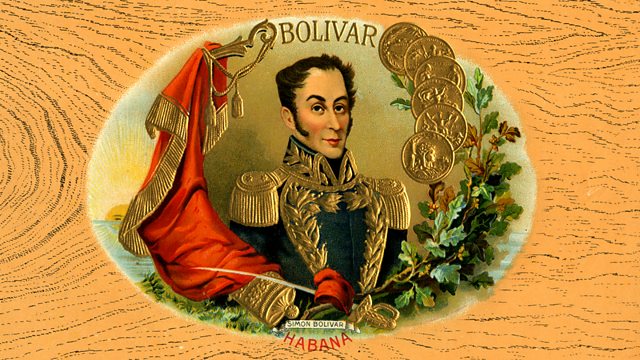 Melvyn Bragg and guests discuss the life and times of Simon Bolivar, hero of the revolutionary wars that liberated Spanish America from Spain.

Melvyn Bragg and guests discuss the life and times of Simon Bolivar, hero of the revolutionary wars that liberated Spanish America from Spain. In 1804 Bolivar stood on a small hill in Rome and made a grand declaration. He said, “I swear before you, I swear before the God of my fathers, I swear by my fathers, I swear by my honour, I swear by my country that I will not rest, body or soul, until I have broken the chains with which Spanish power oppresses us.” Unlike most teeenage declarations, Bolivar made good on his word. A wealthy young man, Bolivar was inspired by Enlightenment thinkers John Locke and Jean Jacques Rousseau and by the compelling personality of Napoleon. His story is one of ideas and adventure, of armies crossing the Andes, of the far flung influence of the Napoleonic Wars and an unexpectedly large role for Britain. But when he died he was anything but a hero, his reputation undergoing a transformation after his death to make him an icon of liberation and the national hero of Venezuela, Columbia, Equador, Peru and Bolivia – a country that bears his name. With Anthony McFarlane, Professor of Comparative American Studies at the University of Warwick; John Fisher, Professor of Latin American History at the University of Liverpool and Catherine Davies, Professor in the Department of Spanish, Portuguese and Latin American Studies at the University of Nottingham.