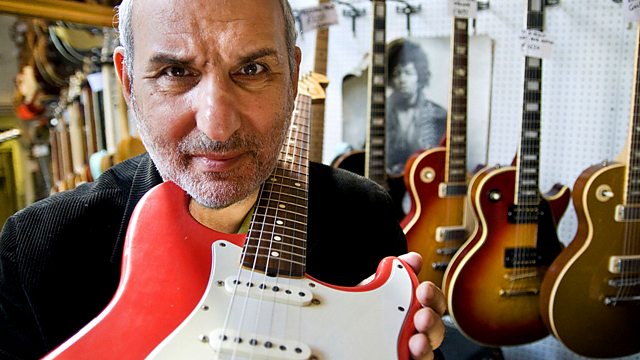 This Time it's Personal

imagine... The Story of the Guitar
Episode 3 of 3

Series examining the history of the guitar. Famous guitarists, including Muse's Matt Bellamy, talk about how the instrument has affected their lives.

In the final programme of the series the guitarists talk about how they find their own sound, and how the guitar has changed their lives. Since its invention, the electric guitar has unleashed a seemingly inexhaustible sonic invention among guitarists.

Featuring Muse's Matt Bellamy, who turns out to be following in his father's space age footsteps, Tony Iommi from Black Sabbath, who talks about the invention of heavy metal, David Gilmour from Pink Floyd, Pete Townshend (Perhaps equally famous for smashing guitars), Johnny Marr from the Smiths on 'the mother of all riffs', Slash and The Edge from U2 among many others.

Out of the Frying Pan—The Story of the Guitar