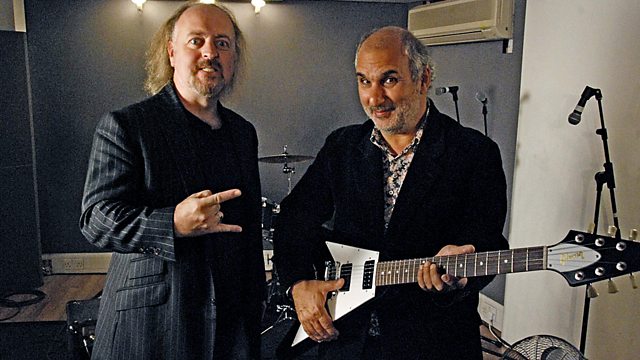 Out of the Frying Pan

imagine... The Story of the Guitar
Episode 2 of 3

Series examining the history of the guitar. The world's first electric guitar had nothing to do with jazz or blues, but evolved from Hawaiian-style music.

As the guitar turns electric, music is changed for ever. The world's first electric guitar had nothing to do with jazz or blues, but Hawaiian-style music and was known as the 'frying pan'.

Yentob continues his investigation from the blues of the Mississippi to the guitar wars of the 1950s, when the Fender Stratocaster and the Gibson Les Paul were battling for supremacy.

In the Beginning—The Story of the Guitar

This Time it's Personal—The Story of the Guitar