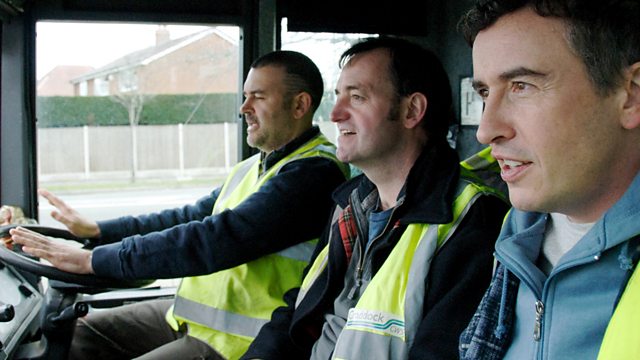 Bittersweet comedy drama starring Steve Coogan. Bob 'Bing' Crosby has always been popular, but could he lose everything when he develops a gambling problem?

First of a bittersweet three-part comedy drama from the co-writers of The Royle Family and Early Doors. Bob 'Bing' Crosby has always had the natural wit and optimism which have made him one of the most popular people around, but he has one weakness - he's never been able to resist making the occasional bet.

Bernadette, Bing's childhood sweetheart and mother of their son, Joe, loves him unconditionally. While she's often been irritated by her husband's casual gambling, she's always forgiven him. When Bing's gambling becomes more serious and he starts to take greater risks, the stakes are raised - could he lose everything, including the wife and son he loves?

See all episodes from Sunshine