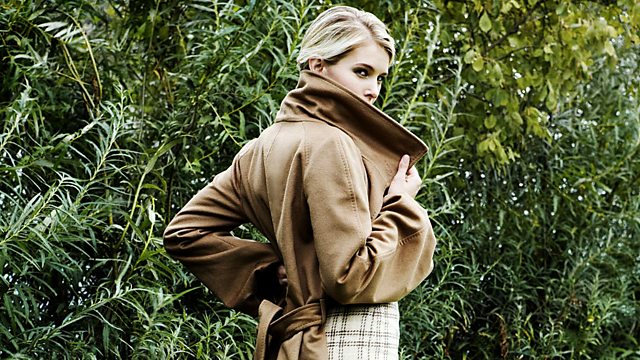 What makes British fashion and style so distinctive, beginning with a look at how the High Street made fashion accessible to all.

This major new landmark series takes a fascinating look at what makes British fashion and style so distinctive and so influential. It explores the looks and trends that have come to define British style today, from the High Street to high-end couture, from bespoke tailoring to street style, from fashion rebels to traditional sloanes.

The opening episode concentrates on the 'High Street Look'. With unique behind the scenes filming, we see Kate Moss and her production team in action preparing for the Autumn 2008 Topshop collection. High fashion used to be the preserve of the elite but now, thanks to the British High Street, cutting-edge design and catwalk style has been made accessible to all.

Weaving the past and the present, the programme also takes us back to the Sixties, where the high street revolution began in the company of fashion pioneers Mary Quant and Twiggy, designer Celia Birtwell, and founder of Biba, Barbara Hulanicki. In an impressive cast list, we also hear from today's fashion insiders George Davies, Jane Sheperdson, Anna Wintour, Jonathan Saunders and Erin O'Connor.

A Cut Above - The Tailored Look