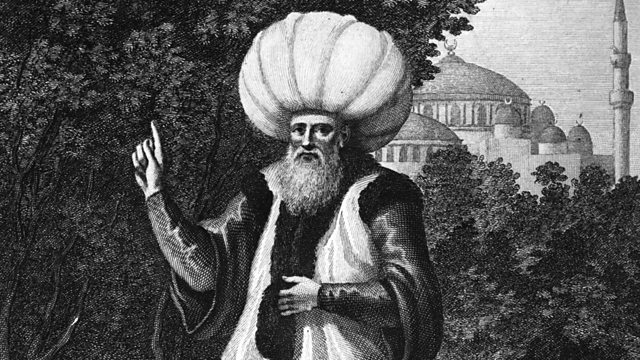 Melvyn Bragg and guests discuss the movement of classical Greek ideas out of the Byzantine Empire and into the Islamic world from the 9th century onwards.

Melvyn Bragg and guests discuss one of the greatest intellectual projects in history - the mass translation of Greek ideas into Arabic from the 9th century onwards.One night in Baghdad, the 9th century Caliph Al-Mamun was visited by a dream. The philosopher Aristotle appeared to him, saying that the reason of the Greeks and the revelation of Islam were not opposed. On waking, the Caliph demanded that all of Aristotle’s works be translated into Arabic. And they were. And it wasn’t just Aristotle. Over the next 200 years Greek philosophy, medicine, engineering and maths were all poured and sometimes squeezed into Arabic. Centred on Baghdad, this translation movement introduced the Islamic world to the philosophy of Aristotle, the geometry of Euclid and the Medicine of Galen. It caused an intellectual ferment that demanded the creation of new words to explain new concepts and house new arguments. Over 600 years before the European renaissance the intellectual legacy of Greece was woven into the tapestry of Arabic thought and it was only through the Arabic versions that Europe go its hands on many Greek ideas. With Peter Adamson, Reader in Philosophy at King’s College London; Amira Bennison, Senior Lecturer in Middle Eastern and Islamic Studies at the University of Cambridge; and Peter Pormann, Wellcome Trust Assistant Professor in Classics and Ancient History at the University of Warwick