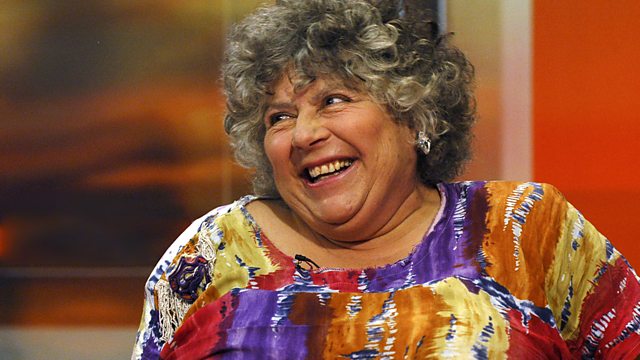 Kirsty Young's guest on Desert Island Discs this week is the actress Miriam Margolyes. Her rich career has seen her work with directors such as Martin Scorsese and Baz Luhrmann and she's won awards and acclaim for her film work, her theatre performances and her book readings. She made the leap from the Cambridge Footlights to become one of our most successful and popular character actresses. Yet, despite having one of the most sought after voices in the business, she says she hasn't had the career that she aspired to. She yearned to be taken more seriously and given meatier roles but, she jokes, Joan Plowright always stood in her way. On stage she seems to have the confidence and chutzpah of someone who is beyond embarrassment - but in reality, she says, for most of her life she has simply been a 'frightened little muffin'.

Favourite track: The opening of the Fourth movement of the Trout Quintet by Franz Schubert
Book: Little Dorrit by Charles Dickens
Luxury: A flush toilet.