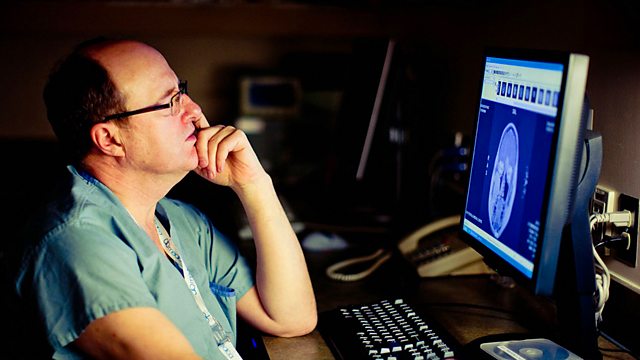 Series examining new medical frontiers in which Robert Winston looks at the cutting-edge surgical robots already operating and asks whether they work efficiently.

In the first of this three-part series examining new medical frontiers, Professor Robert Winston looks at the cutting-edge surgical robots already operating and questions whether they are really providing patients with a useful service.

Professor Winston begins his journey as a very cynical observer - how could a robot ever take over that sacred, very human, relationship between a doctor and patient? The question is - how does he feel at the end of his journey?

The programme follows a tiny baby undergoing a robotic operation in Leeds and shows the extraordinary Neuroarm in action, a robot that allows surgeons to see inside a patient's brain - and feel it - without taking the skull off.

See all episodes from SuperDoctors