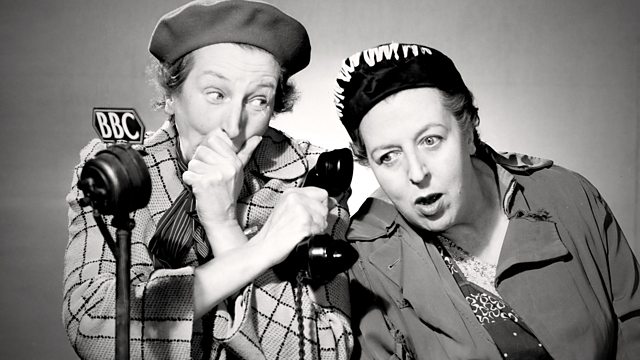 Gert and Daisy's shop is open for business in Russett Green. Starring Elsie and Doris Waters. From November 1956.

A power cut causes chaos in the village. Gossip galore at sisters Gert and Daisy's general store in Russett Green.

Stars Elsie and Doris Waters as Gert and Daisy.

Originally popular regulars in 'Worker's Playtime' on the BBC Home Service during wartime, Gert and Daisy won own series, Floggit's, when the duo inherited a village general store with a ragbag of local characters to deal with. It ran for 2 series between 1956 and 1957.

First broadcast on the BBC Light Programme in November 1956.

See all episodes from Floggit's