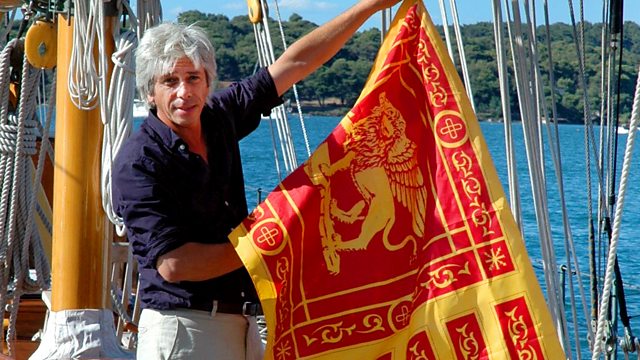 Series following historian Francesco da Mosto as he crosses the Mediterranean Sea in a 19th-century clipper. In episode one, Francesco prepares for the journey.

Architect and historian Francesco da Mosto embarks on a journey to cross the Mediterranean Sea, retracing the trade routes of his ancestors in a clipper from the 19th century.

But before he leaves his home in Venice, there is research to do for the voyage and new skills to acquire - not least gaining the respect of the crew of the White Swan, with whom he will spend the next few months in cramped quarters and sometimes dangerous situations as he visits the greatest treasures of the Mediterranean.

Before he leaves, Francesco visits the Doge's Palace for reminders of the greatest age of Venice, when the city's empire stretched across the Mediterranean, and he marks the Redentore Festival, a fantastic night of Venetian celebrations and fireworks.