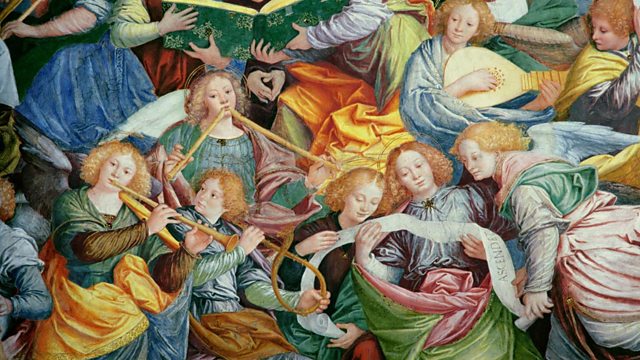 The Music of the Spheres

Melvyn Bragg and guests discuss the music of the spheres, the idea that the revolution of the planets generates a celestial harmony of profound beauty

Melvyn Bragg and guests discuss the music of the spheres, the elegant and poetic idea that the revolution of the planets generates a celestial harmony of profound and transcendent beauty. In Shakespeare’s The Merchant of Venice the young Lorenzo woos his sweetheart with talk of the stars: “There’s not the smallest orb which thou behold’stBut in his motion like an angel sings,Still quiring to the young-eyed cherubins;Such harmony is in immortal souls;But whilst this muddy vesture of decayDoth grossly close it in, we cannot hear it.”The idea of music of the spheres ran through late antiquity and the medieval period into the Renaissance and its echoes could be heard in astrology and astronomy, in theology, and, of course, in music itself. Influenced by Pythagoras and Plato, it was discussed by Cicero, Boethius, Marcello Ficino and Johannes Kepler It affords us a glimpse into minds for which the universe was full of meaning, of strange correspondences and grand harmonies.With Peter Forshaw, Postdoctoral Fellow at Birkbeck, University of London; Jim Bennett, Director of the Museum of the History of Science at the University of Oxford and Angela Voss, Director of the Cultural Study of Cosmology and Divination at the University of Kent, Canterbury.

The Riddle of the Sands