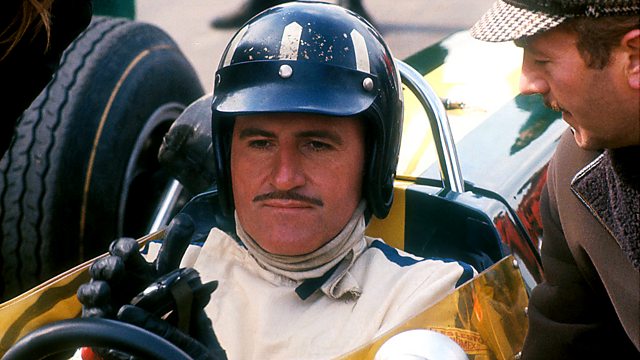 Portrait of the eccentric, charismatic British motor racing legend Graham Hill, a man who lived and died during a time when sex was safe and racing was dangerous.

Emotive documentary portrait of a sporting legend who lived and died during a time when sex was safe and motor racing was dangerous!

Graham Hill was an eccentric, charismatic Englishman from a bygone era of sporting endeavour. With great determination he won the Formula 1 World Championship, the Indy 500 and the Le Mans 24 hours race, thereby achieving the 'triple crown' of motor racing - a unique feat that remains unmatched to this day. Graham also won the glamorous Monaco Grand Prix five times during an era when drivers routinely met violent death. Away from the circuit, he was a raconteur of hilarious proportions, a dashing figure with a keen eye for the ladies. He was an irrepressible free spirit who simply didn't know when to quit.

Ultimately, it was to be his undoing.

Graham's illustrious racing career spanned three decades, which at its height saw him routinely slugging it out with fellow F1 champions Jim Clark and Jackie Stewart. Close friends yet intense rivals on the track, they were the 'Three Musketeers' during a golden era of motor racing. But what was the truth behind Graham's popular public image? 30 years on from his death, his family, close friends and former colleagues paint an intimate, revealing and entertaining portrait of a sporting hero tragically killed in a plane crash in 1975.