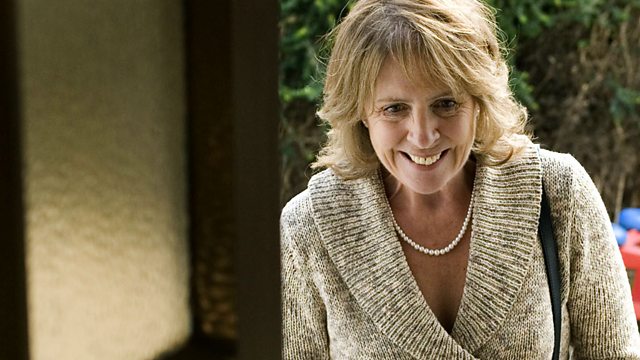 Kirsty Young's castaway this week is the actress Penelope Wilton. Her first love is the theatre and she's been highly acclaimed for her stage work in plays by Ibsen, Shaw, Shakespeare, Beckett - she relishes and shines in the difficult roles. Yet as one of our leading classical actresses she has no qualms about turning her talents to TV and film - Calendar Girls, Shaun of the Dead and Dr Who are among her more recent on screen appearances.

In-spite of being one of our best regarded actresses she is intensely private, intent upon disappearing into the lives of her characters. Penelope says that thing about being an actor is that you turn into other people, you have to hide yourself a bit in order to let that other person come out. People should see the character on the stage, not the actor.

Penelope grew up the middle of three girls and says that her mother was frail and often ill - she says this taught her to be self contained: "I was always worried that I would hurt her by taking a different view so one was sort of being terribly amenable - well of course that’s not in one's nature, I’m quite sharp and rather argumentative."

Favourite track: The 2nd movement of String Quintet in C Major by Franz Schubert
Book: An anthology of 20th Century European poetry
Luxury: An open-air cinema with a selection of films