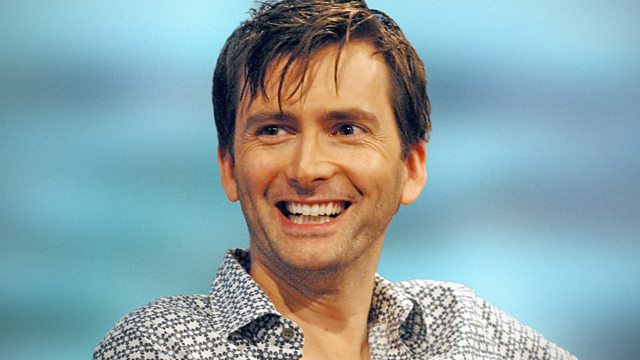 The Doctor Who stalwarts meet in the tag talk show, where this week's guest is next week's interviewer. From February 2008.

Two Doctor Who stalwarts meet. Catherine Tate takes the host's chair as she talks to - or mercilessly teases - David Tennant.

Chain Reaction is the tag talk show with a twist where the guest becomes the interviewer in the next show.

Based on the original 1991 BBC Radio 5 programme of the same name, Chain Reaction is a simple idea of big name stars from the world of entertainment interviewing others whose work they appreciate and admire.