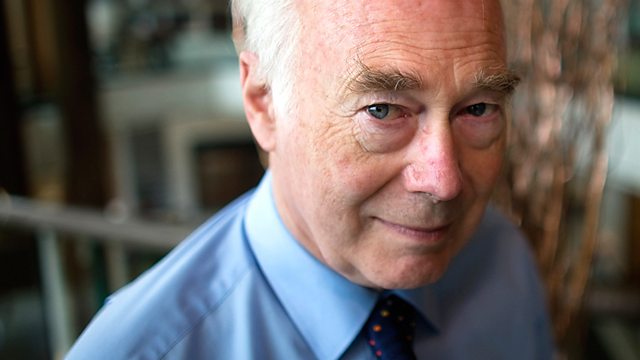 Kirsty Young's castaway this week is the Nobel Prize-winning scientist Professor Sir Martin Evans. He is known as the grandfather of embryonic stem-cell research because of the breakthrough he made more than 25 years ago to first isolate the stem cells of mice and then cultivate them in a laboratory. After that leap forward, he worked alongside his fellow Nobel laureates Oliver Smithies and Mario Capecchi to develop the Knock-Out Mouse - a mouse that has had part of its genetic code disabled so the effect on the animal can be studied. The Knock-Out Mouse has become a scientific tool used the world over - and has vastly increased the amount of knowledge we have about how the human body works.

Brought up on the outskirts of London with enthusiastic and encouraging parents, he says that he was always fascinated by science. But, although he was a bright pupil, he was a shy boy and not the kind of student to walk away with glittering prizes.

He was within months of retiring when he got the call, last October, that he had been awarded the greatest honour in science - the Nobel Prize - since then life has been busier than ever and now, he says, he is determined to use his status to try to encourage children to study science, so that they too can be enthused at the miracles of the world around us and the worlds within.

Favourite track: Their Sound is Gone Out in All Lands by George Frideric Handel
Book: Largest anthology of poetry possible
Luxury: A microscope, equipment and a stack of notebooks.