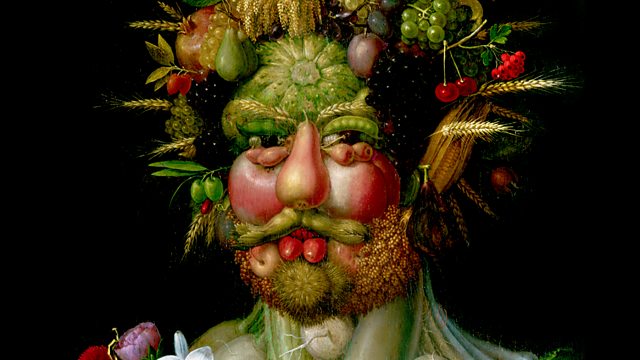 Melvyn Bragg and guests discuss the coterie of brilliant thinkers gathered by Holy Roman Emperor Rudolph II at his court in Prague.

Melvyn Bragg and guests discuss the coterie of brilliant thinkers gathered in 16th century Prague by the melancholic emperor Rudolph II. In 1606 the Archdukes of Vienna declared: “His majesty is interested only in wizards, alchemists, Kabbalists and the like, sparing no expense to find all kinds of treasures, learn secrets and use scandalous ways of harming his enemies…He also has a whole library of magic books. He strives all the time to eliminate God completely so that he may in future serve a different master.”The subject of this coruscating attack was the Holy Roman Emperor, Rudolf II, and his court at Prague. Rudolph had turned Prague into a collector’s cabinet for the wonders and curiosities of the age – the great paintings of Northern Italy were carried to him over the Alps, intricate automatons constructed to serve drinks, maps and models of the heavens were unwound and engineered as the magnificent city of Prague itself was rebuilt in the image of its dark and thoughtful patron in chief. But Rudolf’s greatest possessions were people - the astronomers Johannes Kepler and Tycho Brahe, the magus John Dee and the philosopher Giordano Bruno had all found their way to his city. Far from the devilish inquisitor of the archdukes’ imaginations, Rudolf patronised a powerhouse of Renaissance ideas. With Peter Forshaw, Postdoctoral Fellow at Birkbeck, University of London and an Honorary Fellow of the University of Exeter; Howard Hotson, Lecturer in Modern History at the University of Oxford; Adam Mosley, Lecturer in the Department of History at the University of Wales, Swansea.