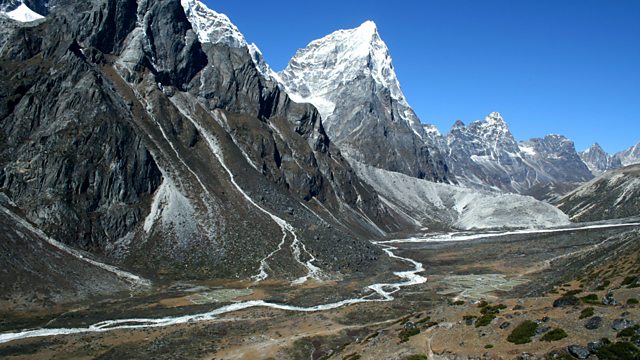 Melvyn Bragg and guests discuss how the science of plate tectonics revolutionised our understanding of the planet on which we live. America is getting further away from Europe. This is not a political statement but a geological fact. Just as the Pacific is getting smaller, the Red Sea bigger, the Himalayas are still going up and one day the Horn of Africa will be a large island. This is the theory of plate tectonics, a revolutionary idea in 20th century geology that claimed the continents of Earth were dancing to the music of deep time. A dance of incredible slowness, yet powerful enough to throw up the mountains and pour away the oceans.Plate tectonics, the idea that the earth’s surface moved on a carpet of molten magma, constituted a genuine scientific revolution in geology. It explained why mountains appeared and why earth quakes occurred; it explained the curious distribution of fossils across the globe and finally solved the age old conundrum of why continents such as Africa and South America appeared to fit together like a giant jigsaw puzzle. Plate tectonics has made geologists, and many more besides, profoundly re-think what the Earth was, how it worked and how it related to all the things in it. With Richard Corfield, Visiting Senior Lecturer in Earth Sciences at the Open University; Joe Cann, Senior Fellow in the School of Earth and Environment at the University of Leeds; Lynne Frostick, Director of the Hull Environment Research Institute and Professor of Physical Geography at the University of Hull