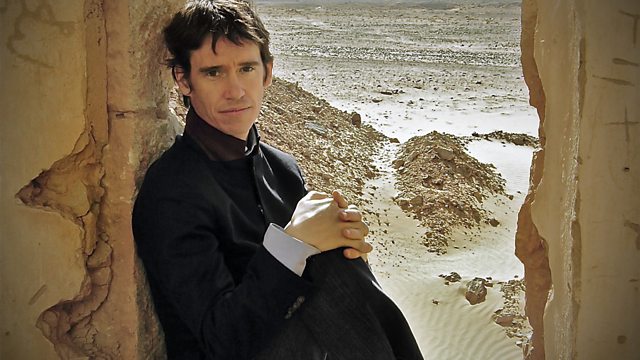 Kirsty Young's castaway this week is the former diplomat, traveller and writer, Rory Stewart. His life has been part establishment convention, part wild adventure. He went to Eton, Oxford and then joined the Foreign Office, but along the way spent part of his childhood running wild in the jungles of Malaysia. He was based in Kosovo during the Nato campaign and, at the age of 29, turned up in Iraq and volunteered to help in the rebuilding work. He ended up running one of the provinces. He remains fiercely critical of the war and has written a well-received book about his experiences there.

The event that has changed his outlook on life was the decision he made to walk 6,000 miles across Asia. It took the best part of two years and throughout the journey he relied on the hospitality of villagers to give him food and shelter. Now he spends most of his time in Kabul where he has set up a charity to support traditional Afghan crafts, but he says his next move is to return to Britain where he wants to understand more about how our society works and attempt, he says, to 'normalise' himself.

Favourite track: Die Forelle by Franz Schubert
Book: A parallel text of the Bhagvad Gita
Luxury: A ceramic bowl from the village of Istalif in Afghanistan.