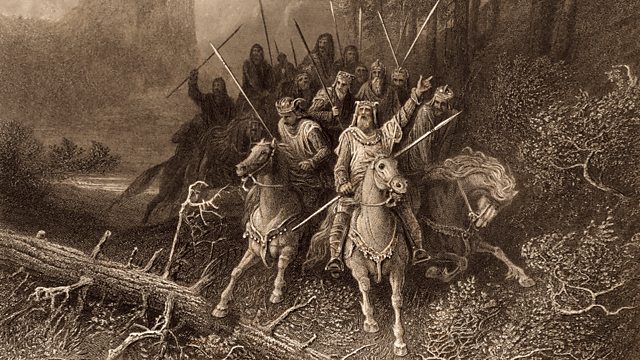 Melvyn Bragg and guests will be delving into the world of medieval myth and legend in pursuit of the powerful and enigmatic Fisher King.

Melvyn Bragg and guests will be delving into the world of medieval legend in pursuit of the powerful and enigmatic Fisher King. In the world of medieval romance there are many weird and wonderful creatures – there are golden dragons and green knights, sinister enchantresses and tragic kings, strange magicians and spears that bleed and talk. And yet, in all this panoply of wonder, few figures are more mysterious than the Fisher King.Blighted by a wound that will not heal and entrusted as the keeper of the Holy; the Fisher King is also a version of Christ, a symbol of sexual anxiety and a metaphor for the decay of societies and civilisations. The Fisher King is a complex and poetic figure and has meant many things to many people. From the age of chivalry to that of psychoanalysis, his mythic even archetypal power has influenced writers from Chrétien de Troyes in the 12th century to TS Eliot in the 20th. With Carolyne Larrington, Tutor in Medieval English at St John’s College, Oxford; Stephen Knight, Distinguished Research Professor in English Literature at Cardiff University; Juliette Wood, Associate Lecturer in the Department of Welsh, Cardiff University and Director of the Folklore Society

The Charge of the Light Brigade