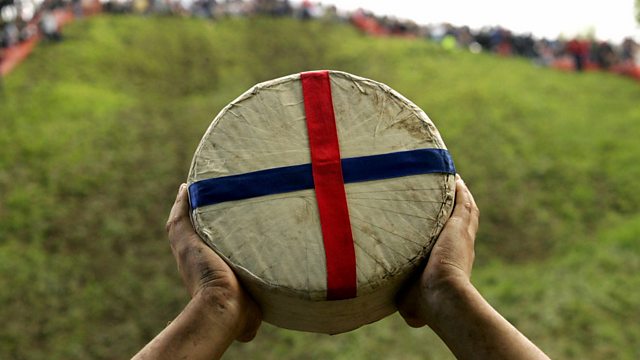 A Taste of Britain: Revisited

Sheila Dillon revisits local food traditions from the 1973 seriece 'A Taste of Britain'.

In 1973 filming got underway for a BBC television series, A Taste of Britain, which set out to document local food traditions before they died out.

Thirty five years on Sheila Dillon retraces the footsteps of the first programme, made around the River Severn in Gloucestershire, to follow up some of its stories and discover what has happened since to the region’s food culture.

Sheila speaks to Charles Martell, today one of Britain’s greatest cheesemakers who was filmed in the programme trying to revive the tradition of farmhouse Double Gloucester.

The Gloucester Old Spot pig was reported in the 1973 programme as being near extinction. Sheila talks to farmer and one of the original members of the Rare Breeds Preservation Trust Eric Freeman to find out what happened to the breed.

Ingrid Bates, viticulturist at Thornbury Castle explains how the vineyards just planted at the time of the 1973 programme are producing grapes that are now processed by a local winery into thousands of bottles of wine.

Sheila Dillon also talks to two members of the Cadogan family who have held fishing rights along a four mile stretch of the Severn for centuries to find out if they still catch wild salmon.

Richard Cook from the Severn and Wye Smokery explains what he thinks needs to happen to ensure a commercial future for Severn salmon.