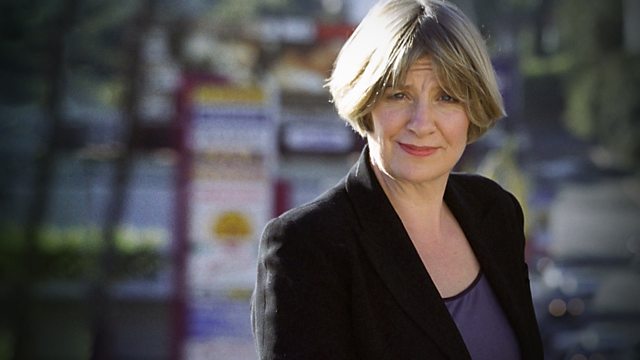 Kirsty Young's castaway this week is Victoria Wood. For decades she has been one of our best-loved writers and performers. The television series she's made - including Acorn Antiques, Dinnerladies and Housewife 49 - have won her a devoted following as well as stacks of awards.

But, in a moving and open interview, she describes how, as a teenager, she felt she was a misfit - she had few friends, she struggled with her weight and at school she used to steal other people's homework. She joined a youth theatre and it was, she says, the saving of her. She found like-minded people and a sense that she had something to offer.

She is very careful about how much of her own life she puts into her work. She doesn't mind saying she cuts her pubic hair with nail-scissors, but rarely discusses her children on the stage. Now she is embarking on her next project. She says she is too anxious to talk about it, except to say it will look at the life of a middle-aged woman whose marriage has foundered.

Favourite track: What a Fool Believes by The Doobie Brothers
Book: A big book by Charles Dickens
Luxury: A bumper book of Sudoku with blank pages & pens.

This programme is part of Talk - a collection of interviews with some of the most influential figures of the 20th century.