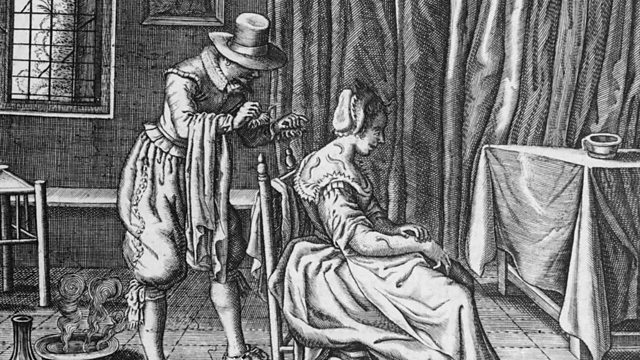 Melvyn Bragg discusses the four humours, a medical theory that saw the body as a concoction of four essential juices.

Melvyn Bragg and guests talk about blood, black bile, yellow bile and phlegm. These are the four humours, a theory of disease and health that is among the most influential ideas aver conceived. According to an 11th century Arabic book called the Almanac of Health, an old man went to the doctor complaining of a frigid complexion and stiffness in winter. The doctor, after examining his condition, prescribed a rooster. Being a hot and dry bird it was the perfect tonic for a cold and rheumatic old man. This is medicine by the four humours. The idea that the body is a concoction of these four essential juices is one of the oldest on record. From the Ancient Greeks to the 19th century it explained disease, psychology, habit and personality. When we describe people as being choleric, sanguine or melancholic we are still using the language of the humours today. It also explains why, in the long and convoluted history of medical practice, pigeon livers were an aphrodisiac, blood letting was a form of heroism (and best done in spring) and why you really could be frightened to death. The theory was dismantled from the 17th century but in its belief that the mind and body are intimately connected and that health requires equilibrium the humours retain an influence to this dayWith David Wootton, Anniversary Professor of History at the University of York; Vivian Nutton, Professor of the History of Medicine at University College London; Noga Arikha, Visiting Fellow at the Institut Jean-Nicod in Paris