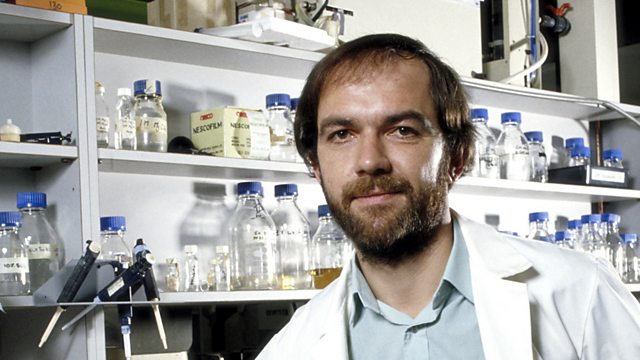 Kirsty Young's castaway this week is Professor Sir Alec Jeffreys - the scientist who discovered genetic fingerprinting. It is 25 years since his 'Eureka moment' - when, pulling an X-ray photograph of his assistant's genetic code out of the developing tray, he realised he could trace the links between her and her parents and that her own unique genetic profile had been revealed. Over the following years, he was the first person to settle immigration disputes, paternity issues and crimes based on DNA identification - he even found himself confirming the identity of the Nazi doctor Josef Mengele, who had fled Germany after the end of the Second World War.

As a boy he had always been fascinated by science - he'd made himself a miniature dissection kit so he could find out how a bumble-bee worked and later, spurred on by that success, he remembers bringing a dead cat home and dissecting it on the dining room table. He owes, he says, a debt of gratitude to his parents, who benignly tolerated him turning their family home into a science lab.