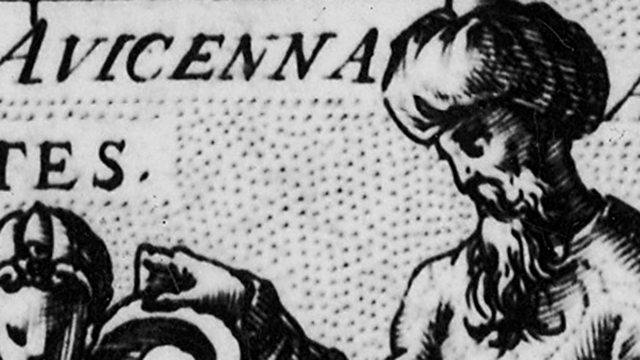 Melvyn Bragg and guests discuss Avicenna, among the most important philosophers in the history of Islam.

Melvyn Bragg and guests discuss the Persian Islamic philosopher, Avicenna. In the city of Hamadan in Iran, right in the centre, there is a vast mausoleum dedicated to an Iranian national hero. Built in 1952, exactly 915 years after his death, it’s a great conical tower with twelve supporting columns. It’s dedicated not to a warrior or a king but to a philosopher and physician. His name is Ali Al Husayn Ibn-Sina, but he is also known as Avicenna and he is arguably the most important philosopher in the history of Islam.  In a colourful career Avicenna proved the existence of god, amalgamated all known medical knowledge into one big book and established a mind body dualism 600 years before Descartes and still found time to overindulge in wine and sex. With Peter Adamson, Reader in Philosophy at King's College London; Amira Bennison, Senior Lecturer in Middle Eastern and Islamic Studies at the University of Cambridge; Nader El-Bizri, Affiliated Lecturer in the History and Philosophy of Science at the University of Cambridge.