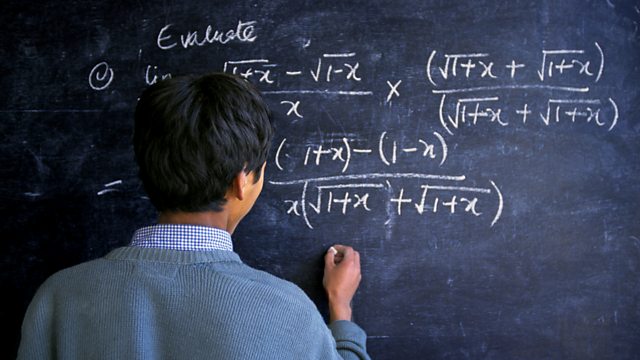 Documentary following a group of brilliant teenagers as they fight to become the chosen six to represent the UK at the International Mathematical Olympiad.

As part of the Kidult season, this documentary tells the story of some of the brightest mathematical brains of a generation. Each year, exceptionally gifted teenagers from over 90 countries compete for medals at the International Mathematical Olympiad. The film follows a group of brilliant teenagers as they battle it out to become the chosen six selected to represent the UK.

Many youngsters see maths as an ordeal, but for these teenagers it's a passion they are completely devoted to. We also hear how, for some, their extraordinary talent has left them ostracised at school. At just 15, Jonathan is the youngest contender in the group. A rocket-building enthusiast, he has already broken several UK distance records. However, Jonathan's academic gifts and scientific interests have led to him being bullied for being 'geeky'.

Some members of the group are on the autistic spectrum, and find social and confidence issues affect their everyday lives. 17-year-old Daniel has been diagnosed with Asperger's Syndrome, but recognises that 'it's good to be different'. Apart from mathematics, the most important thing in Daniel's life is his girlfriend Zhu Yan. The couple met when Daniel spent three months travelling around China, during which time he taught himself fluent Mandarin. He is desperate to win a medal at the Olympiad and we follow his progress as he gears up for the competition and brings Zhu Yan back from China to his family home in York with the intention of marrying her.

As the competition day draws closer and minds and emotions are pushed to the limit, the film shows these young geniuses in their element, enjoying the subject they love and ultimately being celebrated as they deserve.