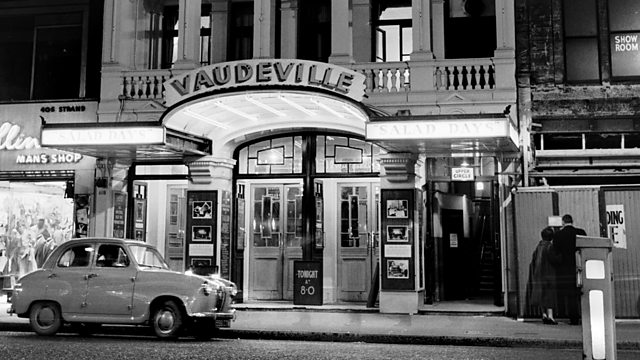 The Palace of Laughter Series 2
Episode 5 of 6

Associated with the early career of Catherine Zeta Jones - Geoffrey Wheeler reports on a South Wales success story. From 2003.

The Grand Theatre Swansea is a South Wales success story.

It's said to be the theatre where Hollywood star Catherine Zeta Jones first stepped on to a stage, and it's now home to the Swansea Ballet Russe and a thriving community theatre programme.

Geoffrey Wheeler discovers the stories behind the Grand's unassuming façade.

See all episodes from The Palace of Laughter