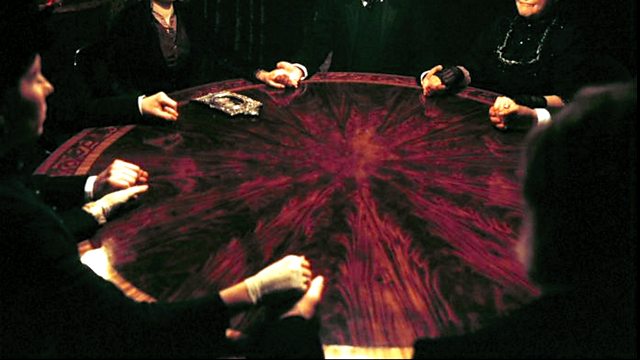 A seance at a remote house spells out a man's murder. Agatha Christie mystery with Geoffrey Whitehead as Inspector Narracott. From January 1990.

A blizzard has hit England. In the tiny village of Sittaford, on the fringes of Dartmoor, a party of six is gathered in Sittaford House, home of Captain Trevelyan. He's rented the house out for the winter and is staying in a nearby village. As evening draws in, a séance is proposed. But it reveals something far more sinister than they'd all anticipated...

From the book first published in 1931.

Dramatised and directed by Michael Bakewell.

An Arrest for Murder—The Sittaford Mystery