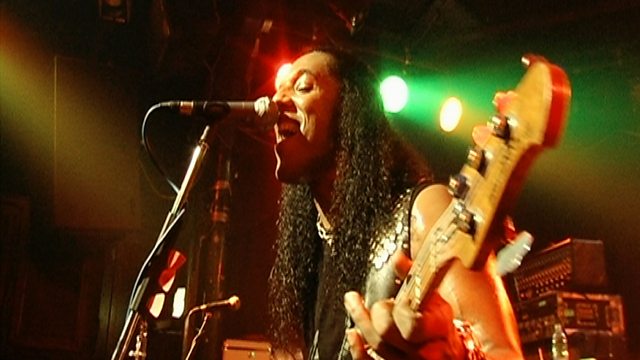 Into the Limelight - Tribute Bands

Meet the musicians who perform at Crewe's Limelight Club, where the spirit of rock is alive in the form of tribute acts to the likes of Jimi Hendrix and Kurt Cobain. (2007)

An affectionate look at what goes on behind the scenes of the Limelight Club in Crewe, where for ten years tribute acts to the likes of Jimi Hendrix, Kurt Cobain and Phil Lynott have been providing a post-industrial town the chance to hear some legendary live music.

In the Limelight, a converted Methodist church, the spirit of rock is alive, along with Jimi Hendrix, Kurt Cobain and Phil Lynott - in reality John, Keith and Wayne. The posters on the club walls display more than a decade of tribute-band entertainment by the likes of Pink Fraud and Stairway to Zeppelin. Arena reveals the characters offering locals the opportunity to hear their favourite music performed live. (2007)

This programme is part of a collection of classic documentaries chosen to celebrate Arena's 40th anniversary.