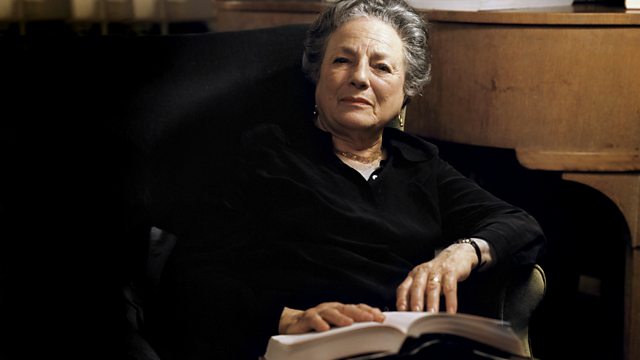 Kirsty Young's castaway this week is the actress Jill Balcon. She has the voice of an old friend - and it's not surprising, she was a BBC radio announcer during the war and has been acting and performing poetry consistently since. Poetry has always played a central role in her life. She was only 12 years old when she first saw the poet Cecil Day Lewis. He had come to judge a poetry-reading competition at her school and although he was more than 20 years her senior, he was, she says, the most beautiful man she had ever seen.

They were married for more than 20 years. Since his death in 1972, she has maintained her own acting career, continued raising their children - the acclaimed cookery writer Tamasin and Oscar-winning actor Daniel - and also worked hard to preserve his legacy.

Favourite track: Romanza: the 3rd movement of Symphony No 5 in D Major by Vaughan Williams
Book: The collected works by Thomas Hardy
Luxury: A barrel of Guerlain Jicky perfume.