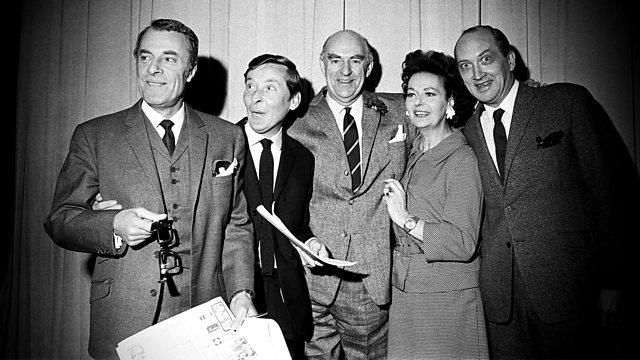 Round the Horne Series 4
Episode 7 of 16

Kenneth Horne hits the Celluloid Jungle, and waltzes off for his Bona Ballroom tuition. With Kenneth Williams. From April 1968.

Kenneth Horne hits The Celluloid Jungle and waltzes off for some strictly Bona Ballroom tuition from Julian and Sandy.