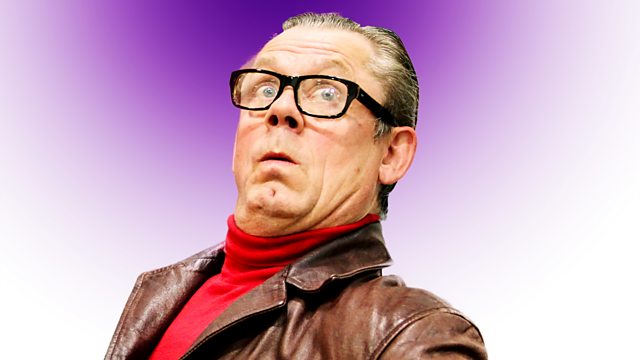 Matthew Kelly joins Sheffield singer John for a special edition of Stars in Their Eyes. With Mitch Benn. From March 2000.

Matthew Kelly joins John to host a Shuttleworth edition of Stars in Their Eyes.

But which stars will the family appear as? Could John come through the curtain as Elton John with wife Mary as Kiki Dee?

Trying to Impress an Impressario is Mitch Benn , while Kevin Gildea calls in a final attempt to Make Mary Merry

The semi-detached world of aspiring singer-songwriter John Shuttleworth direct from his front room in Sheffield.