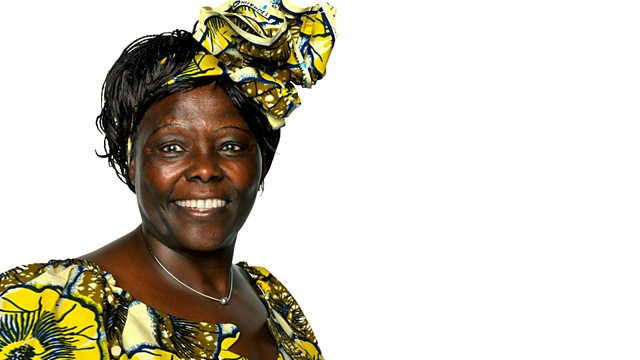 Kirsty Young's castaway this week is the environmentalist and human rights campaigner Wangari Maathai. Known these days as 'Africa's Forest Goddess' for her pioneering work fighting soil erosion and poverty across the continent, she's united her passion for the power of nature with a crusade for political justice.

Born the third of six children in the central highlands of Kenya, the family home was a traditional mud-walled house with no electricity or running water. From there, her journey has been extraordinary - she won a scholarship to America, became a professor and launched the Greenbelt Movement which has educated and encouraged African women to plant millions of trees. She has campaigned against the erosion of human rights in Kenya and in 2004 she became the first African woman to win the Nobel Peace Prize.