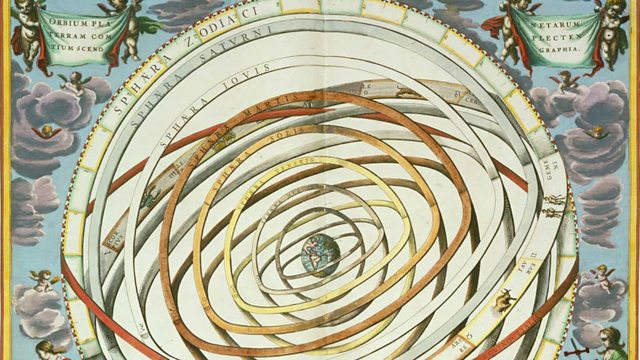 Melvyn Bragg and guests discuss Renaissance Astrology. In Act I Scene II of King Lear, the ne’er do well Edmund steps forward and rails at the weakness and cynicism of his fellow men:This is the excellent foppery of the world, that,when we are sick in fortune, - often the surfeitof our own behaviour, - we make guilty of ourdisasters the sun, the moon, and the stars: asif we were villains by necessity.The focus of his attack is astrology and the credulity of those who fall for its charms. But the idea that earthly life was ordained in the heavens was essential to the Renaissance understanding of the world. The movements of the heavens influenced many things from the practice of medicine to major political decisions. Every renaissance court had its astrologer including Elizabeth Ist and the mysterious Dr. John Dee who chose the most propitious date for her coronation. But astrologers also worked in the universities and on the streets, reading horoscopes, predicting crop failures and rivalling priests and doctors as pillars of the local community. But why did astrological ideas flourish in the period, how did astrologers interpret and influence the course of events and what new ideas eventually brought the astrological edifice tumbling down? With Peter Forshaw, Lecturer in Renaissance Philosophies at Birkbeck, University of London; Lauren Kassell, Lecturer in the History and Philosophy of Science at the University of Cambridge; and Jonathan Sawday, Professor of English Studies at the University of Strathclyde.