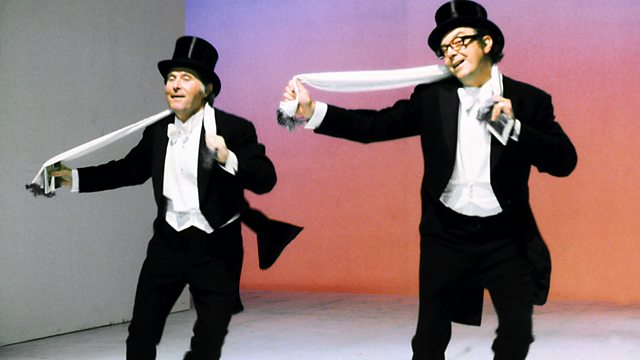 The man who brought sunshine to Eric and Ernie brings some golden rays into your ears - selecting shows what he wrote:

Most famed for his close working with relationship with evergreen double act Eric Morecambe and Ernie Wise, Eddie Braben penned some of their most famous lines.

Of course, that wasn't the only string to his bow – other beneficiaries of his strong comic writing include Ken Dodd and Jimmy Cricket, whose work also features. Eddie himself also steps into the spotlight to helm his own vehicle the Worst Show on the Wireless – joined by Alison Steadman. In between, he reminisces about radio and what it has meant to him.

When Eddie Braben passed away at the age of 82 in May 2013, Bruce Forsyth was one of those keen to pay tribute. Eddie began his writing career penning jokes on the back of paper bags on a fruit and veg stall.