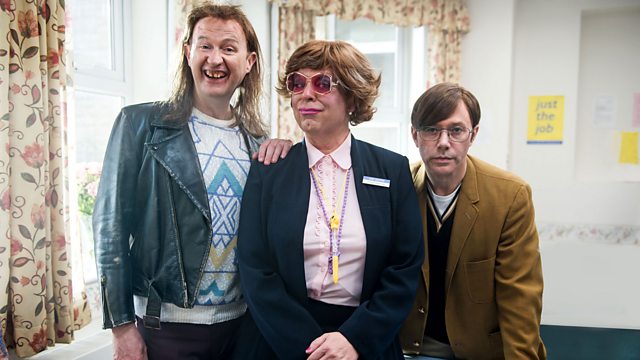 The locals get an unusual new guy for the bonfire. Pre-TV sketch show with Steve Pemberton and Reece Shearsmith. From November 1997.

The locals of the remote northern town get an unusual new guy for the bonfire.

The first incarnation of the award-winning black comedy, about the "local people" of Spent - before it hit TV.

Written by the cast and Jeremy Dyson.

The League of Gentlemen won a Perrier Edinburgh Festival award in 1997 and this radio series debuted in the same year. They also won a Sony Radio Award. The cult series switched to TV for three series on BBC 2 from 1999, plus stage shows and a feature film.