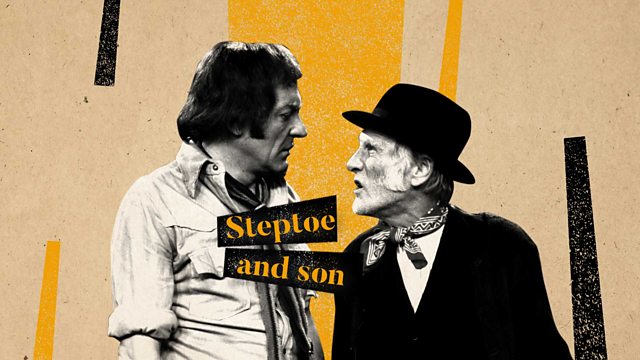 Steptoe and Son Series 5
Episode 1 of 6

Some unwelcome visitors arrive. Adapted from TV with Wilfrid Brambell, Harry H Corbett and Leonard Rossiter. From May 1974.

After news of a jailbreak at Wormwood Scrubs, Albert and Harold get some unwelcome visitors.

Starring Wilfrid Brambell as Albert and Harry H Corbett as Harold. With Leonard Rossiter as Johnny Spooner and Paddy Joyce as Frank Ferris.

Following the conclusion of their hugely successful association with Tony Hancock, writers Ray Galton and Alan Simpson wrote 10 pilots for the BBC TV's Comedy Playhouse in 1962. The Offer was set in a house with a yard full of junk, featuring the lives of rag and bone men Albert Steptoe and his son Harold and it was the spark for a run of eight series for TV.