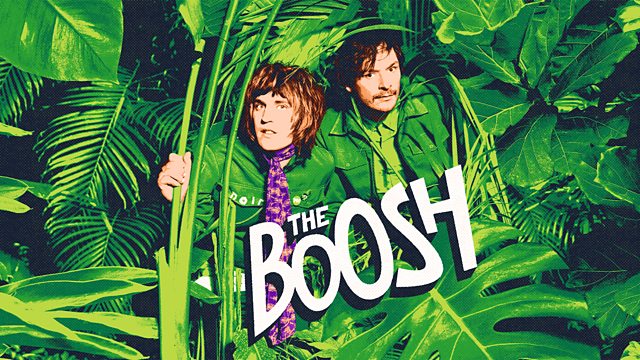 The Boosh
Episode 6 of 6

Howard and Vince take Tony the Prawn to a zoo for animal offenders. Stars Julian Barratt and Noel Fielding. From November 2001.

Zoo boss Bob Fossil is concerned about the erratic behaviour of Tony the prawn and gives zookeepers Howard and Vince the duty of escorting him to a zoo for animal offenders.

All goes wrong, however, when Howard and Vince come across a strange figure standing by the side of the road.

Written by and starring Noel Fielding and Julian Barratt.

The Boosh is a surreal adventure based on the Perrier Award-winning comedy show, featuring Howard and Vince's battles with zoo manager Bob Fossil.

After BBC radio gave them their big break with this series, they transferred to BBC TV where The Mighty Boosh ran for three series.

See all episodes from The Boosh