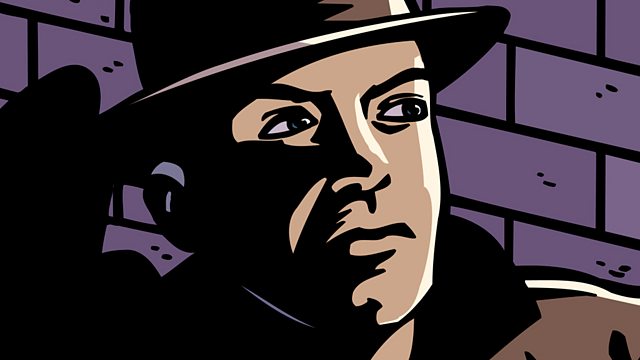 Kramer tries to persuade Sir Archie to give him the antidote formula. Can our hero intervene in time? Stars Noel Johnson.

Kramer tries to persuade Sir Archie to give him the antidote formula. Can special agent, Dick Barton intervene in time?

From 1946 to 1951, Dick Barton - Special Agent thrilled millions of listeners to the BBC Light Programme. The daily serial followed the exciting adventures of ex-commando Captain Richard Barton and his wartime mates Snowey White and Jock Anderson, who must solve all manner of intriguing crimes and mysteries.

Heralded by an iconic signature tune (Devil's Galop by Charles Williams) each gripping episode left listeners with a torrid cliff-hanger.

Sadly many of Dick's adventures didn't survive in the BBC archive. But in 1972 as part of celebrations for the BBC's Golden Jubilee, Dick's very first ten-part adventure by Edward J Mason was recreated with many of the original cast.