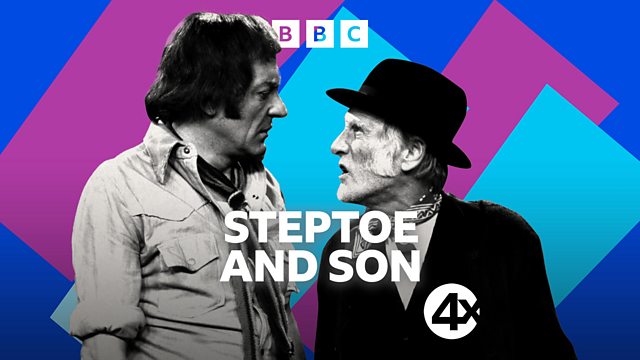 A Star Is Born

Steptoe and Son Series 5
Episode 3 of 6

Harold falls for his drama society's leading lady. Adapted from TV. With Wilfrid Brambell and Harry H Corbett. From June 1974.

Harold falls for the leading lady from his drama society - and Albert makes an entrance.

Following the conclusion of their hugely successful association with Tony Hancock, writers Galton & Simpson wrote 10 pilots for the BBC TV's Comedy Playhouse in 1962.

The Offer featured the lives of rag and bone men Albert Steptoe and son Harold - and was the spark for a run of eight series on TV.