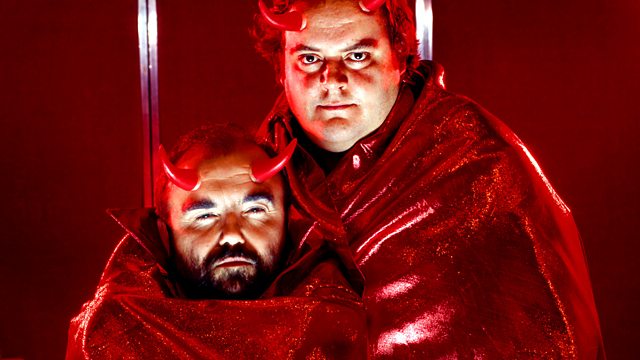 The professor is convinced that societies evolve and mature. So Satan introduces him to Bill Clinton.