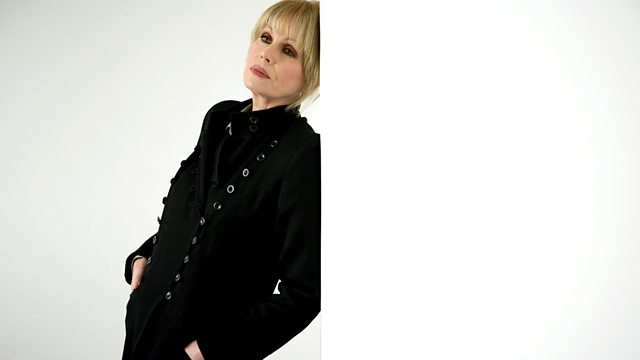 Kirsty Young's castaway this week is the actress Joanna Lumley. She first found fame as the high-kicking glamour-puss Purdey in the 1970s show The New Avengers, but the role that cemented her in the nation's psyche was Patsy in Absolutely Fabulous. A striking beauty with a cut-glass accent she had, until then, been cast as a certain sort of sexy toff. Yet in AbFab she stole the show as a shallow, free-loading, alcoholic has-been - famous for her towering chignon and withering one-liners.

Along with displaying a formidable comic talent, it was a role that toyed cleverly with her public persona, hinting at her own beginnings as a model at the precise moment in the 1960s when London really started to swing. As she contemplates being marooned, she abandons the make-up and glamour of her on-screen life and embraces island living - collecting firewood, eating from shells and preparing her evening fire before the moon rises and she chooses the eight tracks that she would like to hear during a single island day.