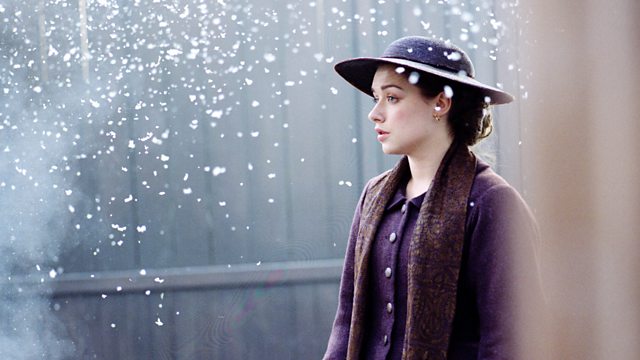 North and South
Episode 1 of 4

The first in a four-part adaptation of Elizabeth Gaskell's feisty and passionate story, set across the social divide, in the changing world of Victorian industrial society.

The first in a four-part adaptation of Elizabeth Gaskell's feisty and passionate love story, set across the social divides in the changing world of Victorian industrial society.

19-year-old Margaret Hale and her parents are forced to leave their idyllic life in the south when Mr Hale resigns from the clergy and the family move to the northern town of Milton. Mr Hale takes work as a private tutor while Margaret and her mother struggle to adapt to their new lives in the north.

When she befriends local millworkers, Margaret's consciousness is rapidly awakened to the divisions and inequalities in society. A fiery meeting with charismatic millowner John Thornton only serves to reinforce her prejudices against him - he personifies the cruel injustice of the industrial system. Thornton however, begins to develop a rather more favourable opinion of spirited Margaret. (2004)

See all episodes from North and South