BBC One
The New Romantics: A Fine Romance
Main content 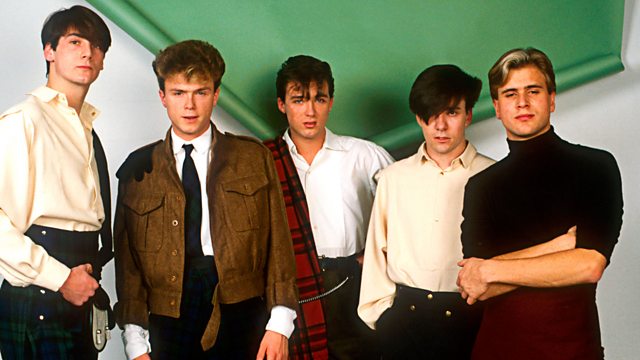 The New Romantics: A Fine Romance

Magenta Devine narrates a programme focusing on the music of the New Romantics, a movement born from the London club scene at the beginning of the 80s.

Culture Club, Spandau Ballet, Visage, Marilyn, Adam and the Ants, Duran Duran, ABC... At the dawn of the 80s, a whole host of strangely dressed men in make-up burst forth onto the music scene brandishing synthesisers and kicking against the visual ugliness of punk.

They came mainly from the London club scene, led by gender-bending host Steve Strange and pioneering electronic DJ Rusty Egan, and conquered the charts with classic tracks such as Do You Really Want to Hurt Me, To Cut a Long Story Short, Kings of the Wild Frontier, Planet Earth, Fade to Grey, Calling Your Name and Poison Arrow.