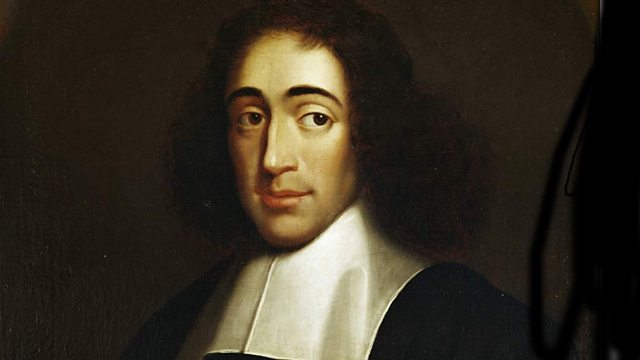 Melvyn Bragg discusses the philosopher Spinoza whose profound and complex ideas about God had him celebrated as an atheist in the 18th century.

Melvyn Bragg discusses the Dutch Jewish Philosopher Spinoza. For the radical thinkers of the Enlightenment, he was the first man to have lived and died as a true atheist. For others, including Samuel Taylor Coleridge, he provides perhaps the most profound conception of God to be found in Western philosophy. He was bold enough to defy the thinking of his time, yet too modest to accept the fame of public office and he died, along with Socrates and Seneca, one of the three great deaths in philosophy. Baruch Spinoza can claim influence on both the Enlightenment thinkers of the 18th century and great minds of the 19th, notably Hegel, and his ideas were so radical that they could only be fully published after his death. But what were the ideas that caused such controversy in Spinoza’s lifetime, how did they influence the generations after, and can Spinoza really be seen as the first philosopher of the rational Enlightenment?With Jonathan Rée, historian and philosopher and Visiting Professor at Roehampton University; Sarah Hutton, Professor of English at the University of Wales, Aberystwyth; John Cottingham, Professor of Philosophy at the University of Reading.