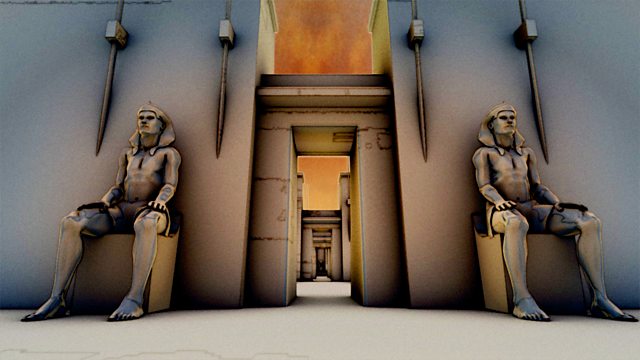 The Vanished Capital of the Pharoah

Lost Cities of the Ancients
Episode 1 of 3

The documentary series which unearths lost cities looks at the mystery surrounding the Egyptian city of Piramesse, built by Ramesses the Great.

This episode looks at the legendary lost city of Piramesse. This magnificent ancient capital was built 3,000 years ago by the Egyptian pharaoh Ramesses the Great, but long ago the whole city disappeared. When it was rediscovered by early archaeologists, it opened up a bizarre puzzle - when Piramesse was finally found it was in the wrong place, somewhere Ramesses the Great could not possibly have built it.

Recreating the stories of both the early archaeologists and the ancient Egyptians, the film enters a lost world, recounting the strange tale of the quest for Piramesse and following the intriguing detective work of modern archaeologists Manfred Bietak and Edgar Pusch as they solve the baffling mystery of how this great lost city could vanish, only to reappear thousands of years later in the wrong place.

The Dark Lords of Hattusha

The Cursed Valley of the Pyramids

See all episodes from Lost Cities of the Ancients