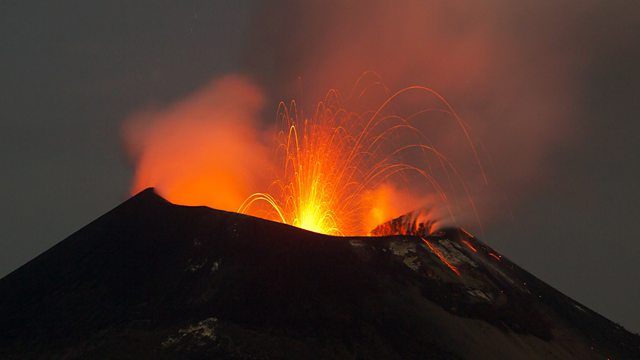 Documentary featuring specially commissioned research, revealing what really happened during the eruption of the Indonesian volcanic island Krakatoa in 1883.

In 1883, the volcanic island of Krakatoa erupted without warning. Within a day the island had virtually disappeared in the loudest explosion ever recorded. The eruption generated a succession of massive tsunamis that wiped out the Indonesian coastline and killed over 30,000 people. These waves were three times higher than those seen on Boxing Day in 2004. And over 30 miles from the volcano, across open ocean, thousands more were killed by hot ash.

For over a century geologists have been unable to explain how so many people died. But today, through field studies, experiments and analysis of historical records, they think they have finally found the answers. And these answers are hugely important because the volcano is back.

Since 1927, the volcano Anak Krakatoa, the child of Krakatoa, has been growing. It is now over half the size of the original volcano. And geologists are certain that it will erupt again. The only questions that remain are how and when.